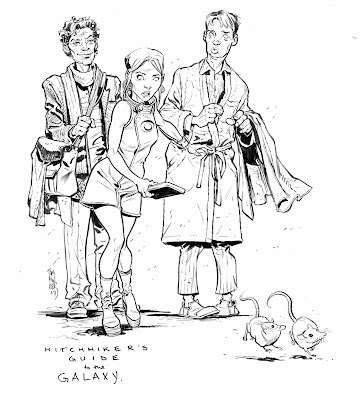 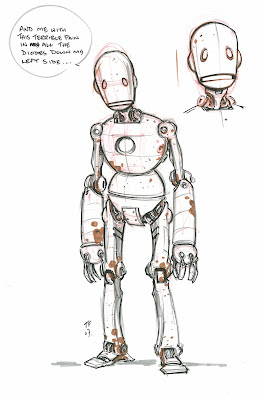 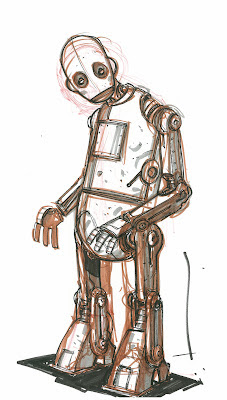 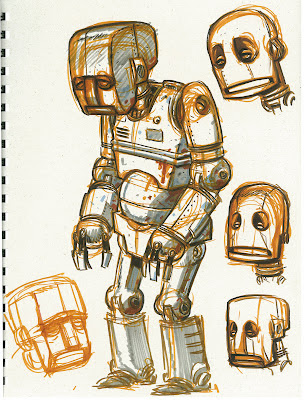 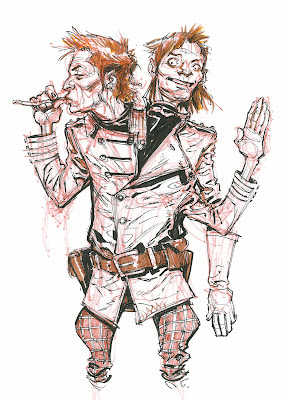 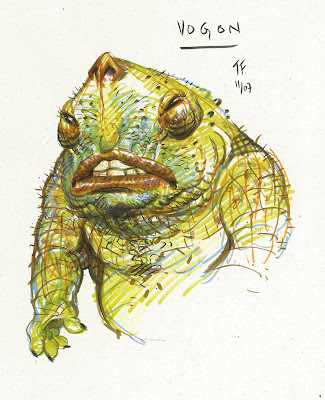 some more xmas monsters for you.... 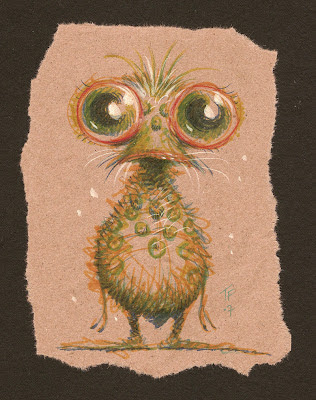 these were some quick gifts i whipped up for our friends during an uncommonly busy xmas season (monique made cookies). they were all achieved fairly quickly on a pad of craft paper i bought years ago with faber-castell's coloured brush pens and a little bit of gouache. i wouldn't want to burst anyone's bubbles on how the artistic mind works, but generally, if a cartoonist friend of your's ever gives you a little piece of art as a gift, he's not being thoughtful.... he's being lazy. 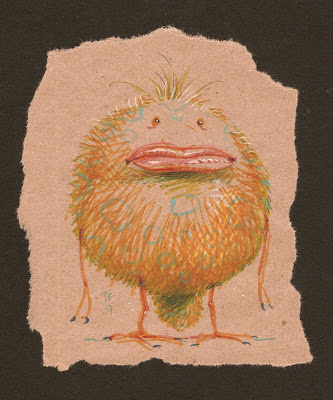 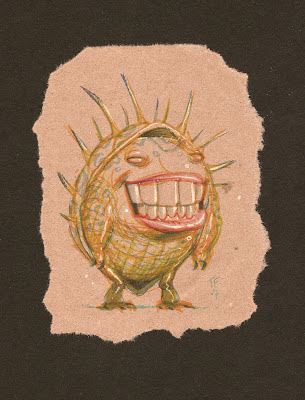 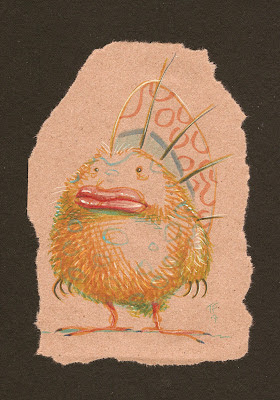 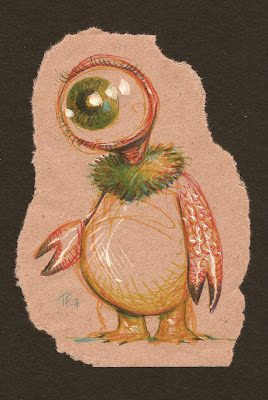 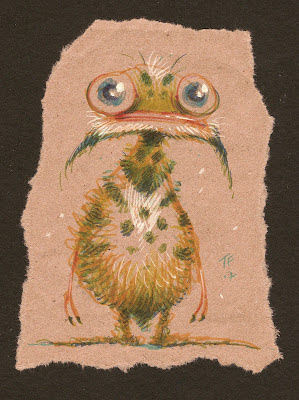 it's also come to my attention that some old work of mine got linked to on journalista (apparently the direct link is here). it's cool, but i have absolutely no fudding idea where on the scans-daily page it is. if anyone can find it and send me an actually direct direct link i would greatly appreciate it. i'm kind of curious what, if anything, people are saying about it...
Posted by tomfowler at 4:53 PM 5 comments: