not back from SDCC... 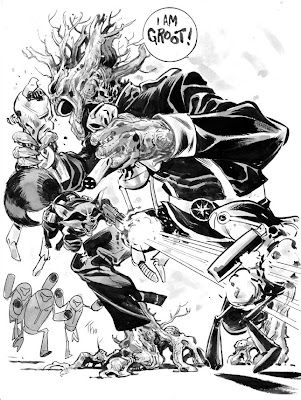 ... so, yeah, didn't go. haven't been for a few years. strangely though (to me at least), this was the first year since i stopped going that i was left with the feeling that i may have had a good time. i hasten to add that i'm sure i wouldn't have, but i did feel a certain longing.

it's just as possible, though, that that "longing" was born not out of whatever imagined fun-missing was going on, but all the fun-having that took place at the two shows i DID do this summer. both of which i've been very lazy about reporting on. and sooooooooo...

the show started just as every show should: with a lesson in bat sonar from jim ottaviani as he gave me a lift back to where we were staying. i finally met jeff lemire after years of being in the same room and not meeting. had fun talking nerd things with him, as well as with a few fans from the 11 o'clock boards, one of whom (the proud owner of the above) HAD DRIVEN FROM SUDBURY to get to the show!!!! cue impression of gimli describing sudbury ("...and they call it a MINE...").

i was seated next to a number of very sweet 12 year olds who'd put together an anthology book entitled (aptly enough) "the anthology project". seek this book out people. it am beautiful! seek it out if only to relieve my guilt for completely blanking on frequent commenter RAWLS when he introduced himself to me (sorry dude).

much of what i love about TCAF is that it's a festival as opposed to a convention. there is a tangible sense that we're there to celebrate, with each other, with fans, what we do. and that everyone is welcome to celebrate it with us.

a young boy came by the table about midway through the weekend. he very eagerly grabbed at my "NOW PAY ME : commissioned art" book (largely because it's got boba fett on the cover). he looked a bit disappointed that it wasn't in fact a story: "there's no story, just pictures..." his father said and they didn't buy it. there are two reasons why i don't see this as a negative experience/story, indeed, why it's an illustration of why i love TCAF and other shows --festivals-- like it. the first (and most important) because i sold them a copy of the PRINCE OF PERSIA GN two minutes later. the second is because it shows that the kid wasn't there because of some big name celebrity/artist, or some piece of flash, or free buttons, or any of that crap. he was there because he, the kid, loves and wanted to read comics. simple as that. he was disappointed that he couldn't read the story. HE WANTED TO READ!!!

the fact that chris, peter, miles, and everyone else who puts the show together have created a space ---a free space-- where a kid can come and feel entitled to immerse himself in the thing he loves and sample it in a much broader spectrum than would typically be available to him is everything that is good and bright with the world.

plus it's a kid who digs comics, so score!

plus monique and graham had fun at the zoo. 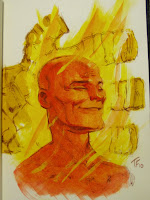 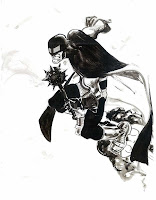 my first year doing this show. i will be back. every year. always.

if it didn't have "con" in the title i'd swear HEROESCON was a festival as well. just a really positive, fun, relaxing show to be at. everyone's friendly and enthusiastic about comics. and that's why they're there... comics. (and to dress up like the cutest storm trooper you ever saw...)

this show started with a mad rush around charlotte looking for jammies, as i'd forgotten to pack any and steve lieber and i were sharing a room with a lady. most of the rest of the show was a blur. i met a lot of wonderful online friends in person, made some new ones, and ate myself into a soul food coma. all of it topped off with all-around awesometastical dude jason latour taking pity on my late-flight-out-on-monday bones and showing me and fellow zombies erika moen and jeff parker around. jason gave jeff the opportunity to get reeeeeeaally southern. like all faulkner-talkin' southern. my my.

dustin harbin and shelton drum put on a fantastic show. and as i said, i will be there as long as they'll have me.

if i haven't already, i want to thank dustin, shelton, peter, miles, chris, and everyone else involved with the smooth running of both shows for EVERYTHING. you keep doing it right... that's an order.