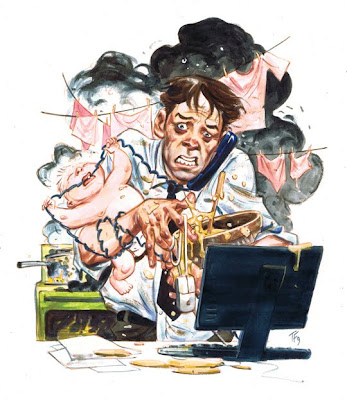 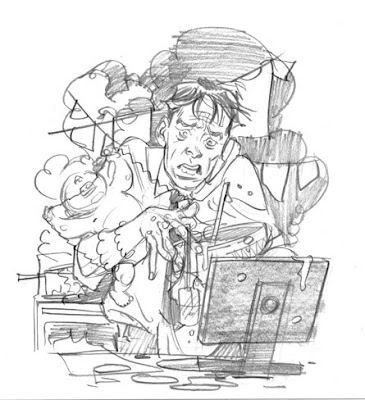 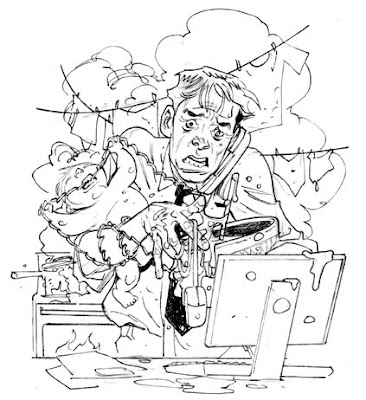 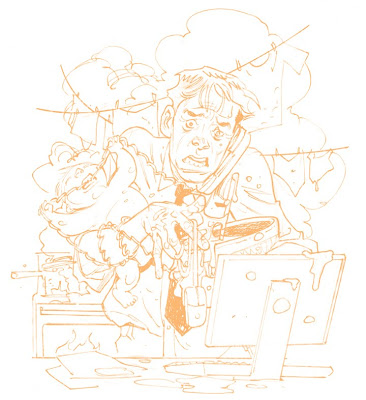 (* sorry if that sounds a bit harsh or negative, but the last four months or so haven't left me terribly well disposed toward the industry. that said, for all my belly-aching, i'd probably jump right back into it if it gave me the slinky wink... )
Posted by tomfowler at 6:09 PM

Is a printer that can handle 11x17 strathmore board prohibitively expensive?
And does it scan as well?

Tom - I love seeing process stuff. Your art is endlessly inspiring. Thanks for sharing. It's criminal you aren't doing more comics right now.

hi feenomite. let me take these one at a time.

i've got an epson 2200 stylus printer that can print 13x up to 45(?) with archival ink. bought it a few years ago. i've also got an 11x17 brother scanner/printer/copier (which i described in the comments section a couple of posts ago). it can print up to A3 on heavier stock but since i've already got the epson and it's archival i've never really had reason to test it.

where i'm referring to things being "prohibitively expensive" i'm not talking about strath (which i actually get a break on at one of the local stores) or even daler rowney products, but the excessive shipping/tax/customs/brokerage charges tacked onto online purchases from the mostly non-canadian artsites. if anyone knows of a good one that ships within canada or from outside cheaply enough to make it worthwhile, please... i'm all ears.

hi brian. thanks very much. as i said i'd LOVE to do more comics work, but if i can't make a living doing it, then it's going to have to take a backseat for now. i am working on something now, though... i'm just not getting paid for it. hence the rep.

I have an HP 1220C that prints to A3, and i used to print on Arches watercolor paper (the hot pressed 300 gr's one) the same that uses Guarnido for his "Blacksad", and it's a paper that handle really well gouache and acrylic too...

and I agree, your career looks pretty much like mine's...

ricard, i really hope things for you are going better than that...